Property professionals in Plymouth have presented one of the city’s leading charities with a cheque for £1,000, following a year of fund raising activities.

Shekinah, based in Stonehouse Street in the city, is one of the local charities that the Plymouth Area Property Professionals Association (PAPPA) supported in 2017.

Ben Dreher and Natalie Ebsworth, current and former chairs of PAPPA respectively, handed over a cheque to Soo Brizell representing Shekinah, which provides a range of vital services for those people affected by homelessness, drug and alcohol problems, offending behaviour or mental ill health.

Soo, Head of Strategic Partnerships & Contracts at Shekinah, said: “PAPPA has been such a fervent supporter of our charity in recent years and I cannot thank their members enough for this kind donation that will do so much for the people we work with.”

PAPPA raised money during its traditional, annual charity golf tournament at Yelverton Golf Club last June, where 13 teams, featuring members of the association and invited guests, took part in what has become a key event in the calendar.

In the past, the association has also supported Shekinah during the festive season too.

Staff from a number of PAPPA’s member companies volunteered to serve Christmas dinner at the charity’s premises in 2016 and the businesses donated gifts of clothing, food and personal care products.

Natalie Ebsworth, of Maitlands Estate Agents, said: “Everyone who took part in the golf day and those volunteers who gave up their time to support Shekinah at Christmas too, have helped us to make a great contribution to the fantastic work the they do.”

Ben Dreher, Director at Mansbridge Balment Plymouth, echoed Natalie’s sentiments and said: “Shekinah is among Plymouth’s most recognisable charities and as an association committed to our local roots, we feel it is important to give something back to the community, which we are all proud to serve.” 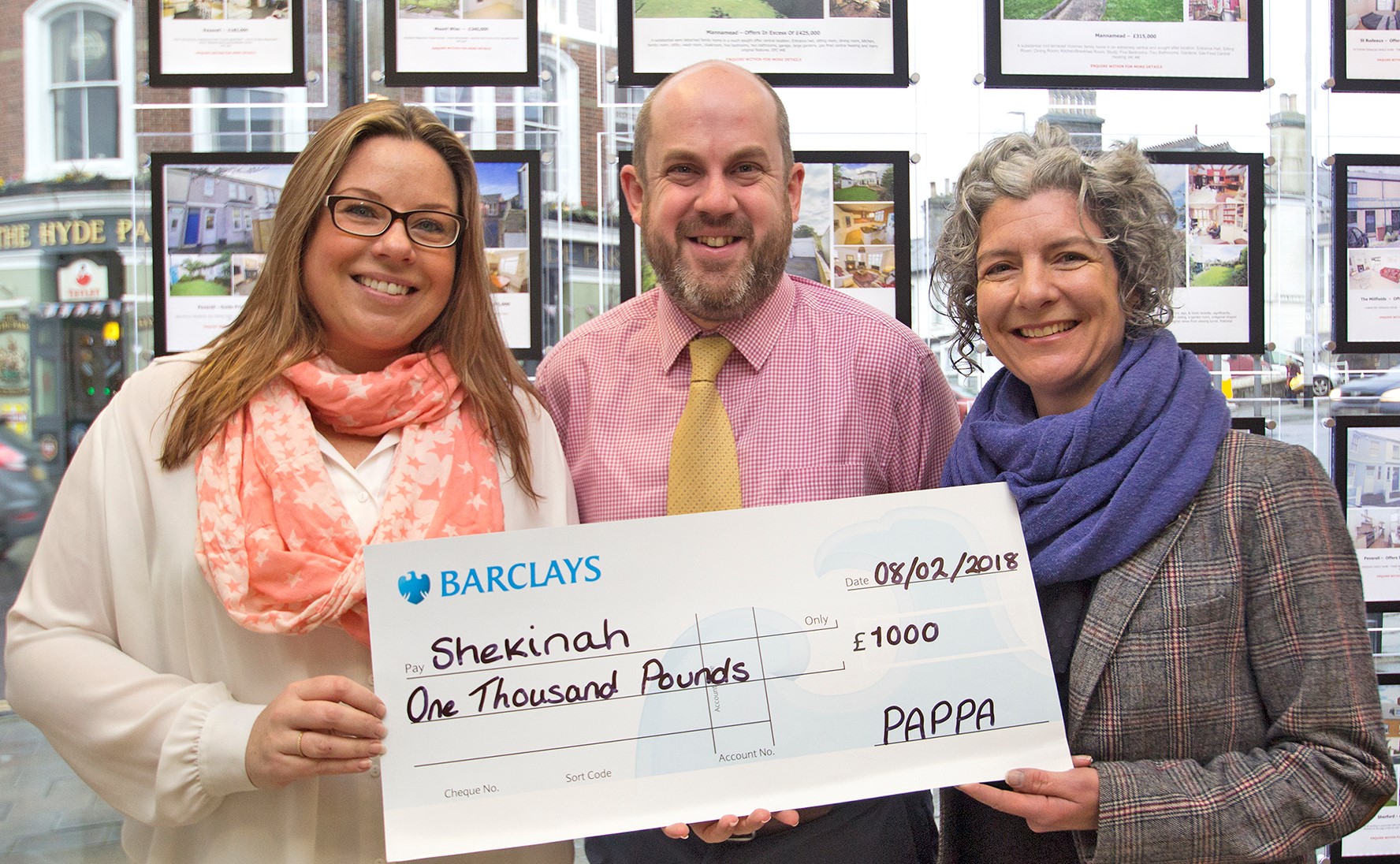