Property professionals in Plymouth are putting their weight behind a campaign urging the Government to rethink the proposed Tenant Fees Bill, amid fears it will have a damaging impact on tenants, who it is intended to protect.

Members of the Plymouth Area Property Professionals Association (PAPPA) have voiced their support for industry body ARLA Propertymark, which says a proposed ban on tenant fees will reduce the service agents provide and potentially penalise tenants.

Under the proposals of the bill, which is due to go before Parliament again on September 5th, landlords and letting agents will be prohibited from demanding certain payments from tenants, while both holding and tenancy deposits will be capped.

But ARLA Propertymark say that the proposed ban would probably result in landlords passing any extra costs on to tenants and will also make buy to let investment even less attractive.

Jacqui Courtier, Lettings Director of Plymouth Homes Lettings, a member of PAPPA, said that while reform of the current system is badly needed and long overdue, the legislation in its current form will impact negatively on those very people it is seeking to protect.

“It is important that this legislation focuses on protecting tenants. Those of us who value the principles of professionalism and integrity in our sector recognise that it is time for an overhaul of what is an outdated system,” said Jacqui.

“There is no escaping the fact that tenants have been let down in the past by those unscrupulous landlords who put their own financial interests first and the Government must be applauded in its efforts to ensure tenants are protected from any kind of exploitation in the future.”

ARLA Propertymark, which raises professional standards among letting agents, as well as protecting and guiding tenants, is backing MP Daniel Kawczynski, who is putting forward an amendment to the bill.

The amendment would allow letting agents to charge for starting or renewing a tenancy by including it as a permitted payment under the terms of the bill. This would cover aspects that include admin costs, credit checks, inventory charges and tenancy renewal fees.

Now UK wide sector professionals, including PAPPA members, are being asked to lobby their respective MPs and urge them to support Mr Kawczynski’s amendment, as well as make them aware of the damaging affect the legislation will have in its current form.

Jacqui has already met with Plymouth Moor View MP Johnny Mercer to voice her concerns and she is now rallying fellow PAPPA members to help put added pressure on the powers that be.

“I think an organisation like PAPPA, which champions the principles of professionalism, independence and impartiality, could make such a difference and I believe it is important make our voices heard. United we stand – divided we fall,” said Jacqui.

PAPPA chairman Ben Dreher, a Director at Mansbridge Balment Plymouth, said: “This is an extremely important issue for our members in the lettings industry and thos tenants they serve. It is equally vital that, as an association, we speak with one voice and all do whatever we can to help.”

ARLA Propertymark has already been working hard behind the scenes, pressing the Government for changes to the proposals. It spelled out its fears in a briefing document, ahead of the second reading of the bill, which took place in May.

In a survey of its letting agents, 90 per cent said the ban would lead to rise in rents, while more than half think it will cause decline in the quality of properties.

The briefing said: ‘Letting agents deliver a hugely valuable service and any fees charged cover the costs of ensuring a tenant’s home is safe, legally compliant and professionally managed’. 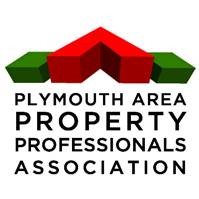